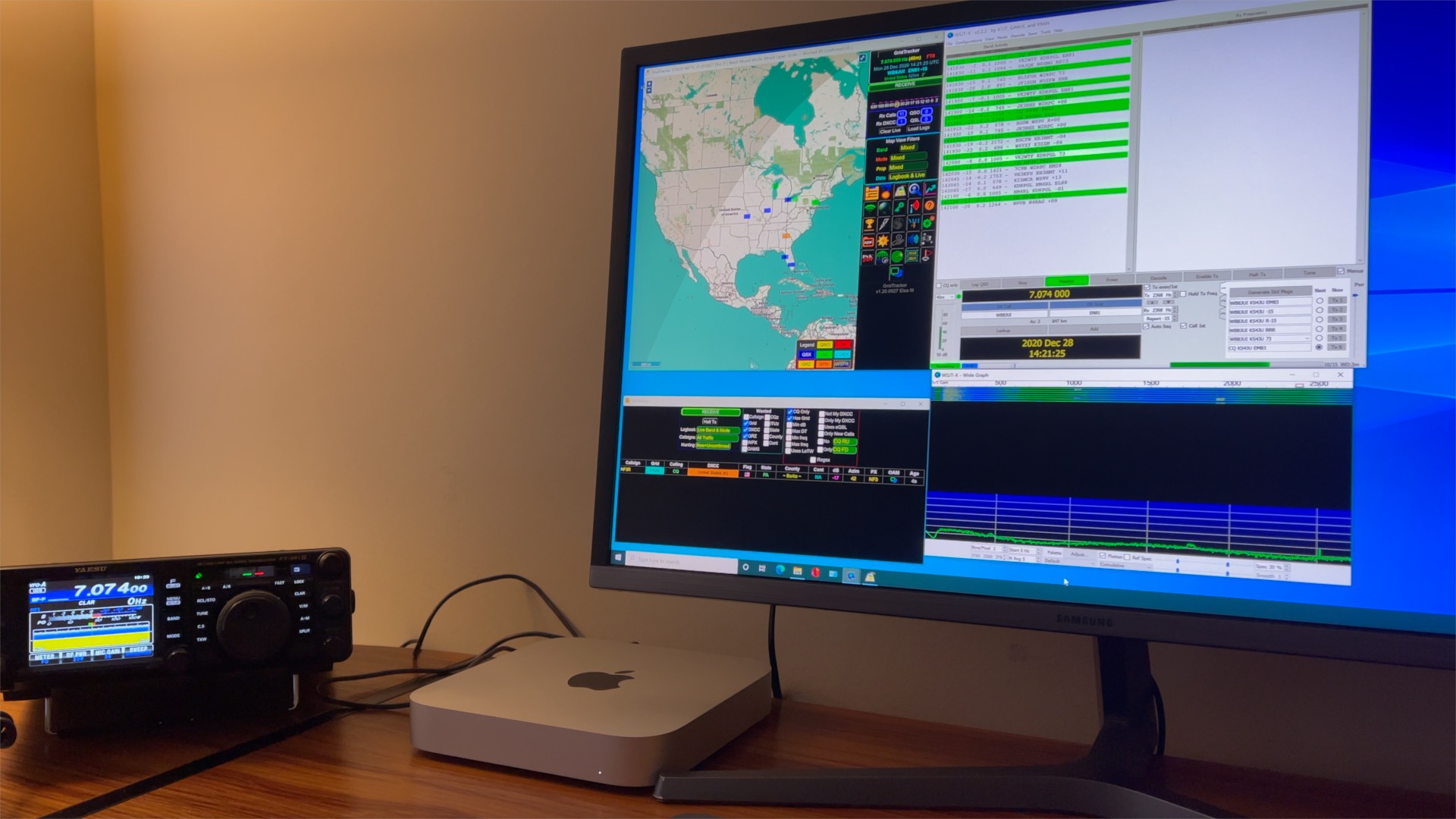 Several weeks back Apple introduced their new Apple Silicon M1 computers. There was initially some concerns about how well these new computers would perform. However, when the new Apple M1 computers got into reviewers hands, they performed well beyond expectations. The M1 ARM based chips turned out to be not only to be powerful but also ran cool and quiet. Apple’s new M1 computers performed as well as Intel’s expensive Core i9 chipsets if not better in some cases. The same could be said for higher end AMD processors. So, I thought it would be interesting to take a look at the least expensive M1 computer ($699) the M1 Mac Mini from the perspective of using it as a Ham Shack computer. There were some successes and failures along the way, but the M1 Mac Mini turns out to be a little powerhouse and an excellent budget computer. The M1 Mac Mini is more than capable of handling compute heavy tasks like 4K video editing, photo editing, 3D modeling, and music production. Normally, you would have to spend upwards of $1500 to $2000 or more for a PC to perform as well as the M1 Mac Mini when using compute heavy tasks. However, the M1 Mac Mini’s graphics while quite good, is not adequate for AAA gaming graphics. How did the M1 Mac Mini fair as a Ham Shack computer? Check out the video below to find out.