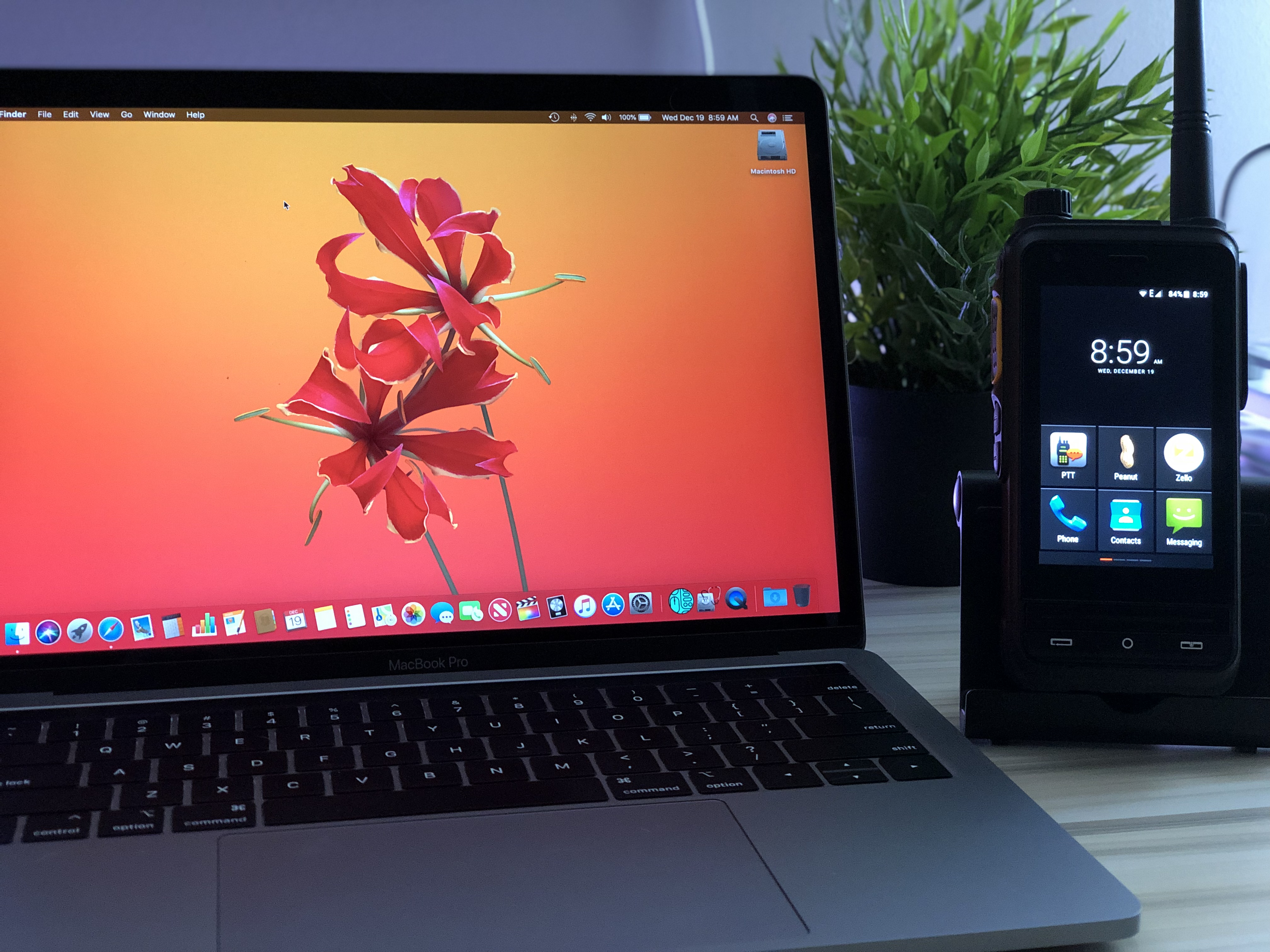 Introduction
More and more Amateur Radio operators are beginning to realize the flexibility and utility of Network Radio. Network Radio has become the “Swiss Army Knife” of communications technology. Amateur radio users can reach other Amateurs world wide using such applications as Zello, IRN, Echolink, and APRS. New applications are still popping up. For example the recently released Android app Peanut now allows users to use some popular D-Star reflectors using an android device. The user doesn’t even need a D-Star radio or a hotspot, just an internet connected Android device. In the past month this application has increased D-Star traffic on the popular reflectors dramatically. Not to mention that Zello can be used to establish a repeater like function for Amateurs who don’t have access to a local repeater. Zello can also be used to augment existing repeaters by increasing access to the repeater over unlimited distances very inexpensively. Also since there is no antenna required it allows Amateurs who are in antenna restricted to go back to rag chewing with other Amateurs across the world. Most users can give Network Radio a try by simply downloading the appropriate apps on their cellphones. However if you get hooked, you will be searching for a dedicated Network Radio device, usually in the form of a Handie Talky (HT). Why not just use your cellphone? Well, first of all Radio Hobbyist just have a natural instinct to want to have portable radios in this form factor (you know who you are). The other big attraction is to have a side mounted PTT button which makes operation of the unit more convenient and familiar. There are more practical reasons for using the HT form factor. The HT Network Radio will usually be more rugged than your expensive cellphone.The other advantage is that typically Network Radio HTs offer much louder communications audio through the internal speakers than your cellphone can provide which is very important in noisy environment or an outdoor environment. Unlike your cellphone the larger batteries in the HT Network Radios will give you several days of operation rather than just a few hours of a typical cellphone. All these factors make the Network Radio far superior for field use.

Unfortunately at this writing there are some issues you have to get past when shopping for a dedicated Network radio device. Remember at the end of the day, that all Network Radios are basically an inexpensive Android Phone contained in an HT style form factor case. Network Radio HTs can vary greatly in quality and price. In this case quality and price does not necessarily go together. The average cost of a Network Radio HT in the US usually runs from $225 to $350. In some cases you might find that the $225 radio is superior to the $350. Another issue is no consistency in branding. You will often find the same Network Radio listed under different brand names listed for different prices. Some models are even sold as “unbranded” units. Even though some of the radios look alike there may be slight differences between them. Of course this can make buying a Network Radio confusing and a bit of a gamble. Speaking of buying, this can also be a bit of a challenge. You won’t find them sold from the typical US Amateur Radio vendors like Ham Radio Outlet or Gigaparts. However this may change. Ham Radio Outlet is now selling DMR radios long after they gained some popularity with US Amateur Radio operators. So most Network Radios have to be purchased from other sources like Ebay or other overseas companies. Unfortunately, it can take up to a month to get your radio from vendors in China. However, some of these companies can offer faster shipping. There are some Network Radios available on Amazon with fast shipping. Either way, you probably won’t get much if any technical support. At least Amazon has a 30 day return policy.

Ok, what does all this have to do with Boxchip S700A. Boxchip is one of the few if not the only Network Radio companies that is working to change some of the above issues. Boxchip is working toward establishing a brand name that will be associated with good quality Network Radio devices. Boxchip is also one of the few companies to offer fast technical support on their products. Boxchips’ support personal has been very prompt in answering questions regarding purchasing and general support. Boxchip also matins a Facebook page where you can ask questions and get some support questions answered there. Shipping from Boxchip was very fast. The radio was received within 4 days of placing the order. The Boxchip S700A and 700B are Boxchips’ two flagship Network Radios. The major difference between the S700A and S700B is that the S700A contains a 2 watt VHF or UHF analogue and DMR transceiver where the S700B does not have the transceiver built in. So most of this review can be applied to the significantly less expensive S700B without the DMR radio built in. Boxchip has just recently released two less expensive Network Radios The Sentinel A1 and the Buddy A2. Both of these radios will be retailing in the $250 price range. If these two new radios live up to the build quality of the S700 series they should be very good. Hopefully we will be able to review these radios sometime in the near future. Boxchip also sells several accessories that works with S700A and B models like drop in chargers, external speaker mic, extra batteries, etc at very reasonable prices. This also something you don’t always see from other brands of Network Radios.

The Boxchip S700A is an unlocked 4G LTE dual sim device that should be compatible with most GSM carriers. The S700A also includes your choice of a VHF or UHF analogue and DMR transceiver. The VHF transceiver operates from 136 – 174 MHz and the UHF transceiver operates from 400 – 470MHz. Transmit power of the radio is .5 watts at low power and 2 Watts at high power. Typically the UHF version is the more popular seller if your main interest is DMR. Most DMR hotspots work in the UHF band making a great companion for the S700A UHF model. The S700

series is currently running Android 6.0 (Marshmallow). The Octa Core 1.5 processor makes the S700A very snappy in running and loading programs making it a pleasure to use. Some of the lessor Network Radios can be pretty laggy in this regard. Wifi on the S700A is dual band 2.4G and 5.8G. Wifi testing showed the S700A capable of download speeds averaging around 75Mbps down and 84Mbps up. This is significantly faster than some of the handhelds tested which averaged under 20Mpbs making downloads and exercise in patience. The S700A also supports bluetooth 4.1 for connecting to external headsets, keyboards, etc. The S700A contains a variety of sensors such as Acceleration,Proximity Sensors,Light Sensor,Gyro Sensor, and a Compass Sensor. The S700A uses a type C USB port for charging and data transfer. The beefy 4500 mAh battery can be charged via the Type C port with a 5 volt power supply or with an optional drop-in charger. There is also a Motorola M6 port available for attaching accessories such as a speaker mic or even a body camera. GPS mapping and navigation is accomplished with a GPS/AGPS/GLONASS chipset which works very well with applications such as Google Maps. There is plenty of internal memory space for applications with approximately 16GB of internal storage. An additional 32GB of storage can be added via the internal micro SD slot. It’s nice to have to the larger internal memory compared to the paltry 8GB which is often found in most of the other Network Radios HTs in the $225 to $350 range.

The S700A also has a built in 5MP front facing camera and a 8MP rear facing camera. The rear camera does a decent job of taking photos in well lit areas. There is also a led flash on the back of the Boxchip to help out in dimly lit areas. However the Boxchip cameras are no match for the high end cameras used in some premium phones. Typicaly the camera included in most Network Radio HTs are really not meant for taking family portraits, but to send back photos and video taken in the field. As they say, your best camera is the one that you have with you. The S700A and S700B models include a 4 inch 800×480 pixel touchscreen screen.

Lets Talk About the Screen
The 4 inch touch screen used in the Boxchip S700 series is excellent. Ok it is not a mega high resolution screen, but you really don’t want one in a device like this. Those super high resolution screens will put a big dent in your battery life. Plus they don’t really add much value to the operation of a Network Radio device, since the touchscreen is mainly used for settings and reading information from the radio. The S700 series screen can get very bright and text, icons, etc. are very sharp and easy read. The color saturation and accuracy of the screen is also very good. Viewing

angles are very wide and easy to see when viewed off angle. In bright sunlight the Boxchip 700 series screen performs like most modern cellphone screens in that it useable in moderately bright sunlight. Touch functionality on this screen is outstanding including the haptic feedback. Even though Boxchip doesn’t mention this in the specs, this screen is probably an IPS panel which you don’t typically find in the less expensive network radios. The screen should be somewhat durable since it is a Gorilla Glass 3 screen. However, it’s always best to add some additional protection to these types of screens by installing an additional screen protector. At the end of the day the excellent 4 inch screen on the S700 series make them a real pleasure to use. Especially when it comes to more wordy applications like Zello, IRN, Echolink, and RFinder. The two previous network radios reviewed here the Boss 7S+ HT and Pulsat-1500 mobile while the are both good network radio devices, the included 2.5 inch screens really take away from the usefulness of these radios. The main problem with the 2.5 inch screens is there is just not enough screen real estate to get around comfortably. Using these tiny screens are an exercise in extreme patience especially when it comes to typing on the micro miniature on-screen keyboards. These screens can be a bit hard to see also especially if you have vision issues. Not so great viewing angles and non-responsive touchscreens don’t help matters either. These smaller screens can hamper other applications such as text messaging or navigation applications. With that being said if your Network Radio application is primarily to communicate over Zello  on a “set and forget” channel radios like the Boss 7S+ or the Pulsat-1500 mobile are great for this type of application. However, if you want a Network Radio that is more of a work horse the Boxchip S700 series radios with their larger sharper screens are going to be much better for applications requiring text entry, mapping apps and navigation, changing settings, reading text, etc.